The sparkling thunderbolts whipping down through the valleys of Bhutan from the Himalayas were believed to be fire of a dragon. That’s why, Bhutan is known as Druk Yul – The Land of Dragons.

I have been planning a trip to Bhutan since the time I saw the picture of Tiger’s Nest Monastery. The Monastery built more than thousands of years ago mysteriously on a cliff,  9678ft above sea level.
I believe that every picture has a story to tell, so I set out on this trip to find the story of this mystical monastery and behold its beauty forever in my heart.

I started from Delhi, took a flight to Kolkata, where I had to join my cousins who were also in for this trip. From Kolkata, we took a bus to Phuentsholing, which is the border shared between India and Bhutan. We took a bus around 7:30Pm IST from Kolkata and entered Phuentsholing next day around 7:30PM(Bhutan time). We checked into our hotel, had food and slept. Next morning, we completed our immigration formalities.

Taking a bus was a wrong decision, for anybody who is planning a trip from India to Bhutan. Do not go for a road trip, it’s better to take a flight. It’s a little expensive but it saves a lot of time and energy.

Now, from Phuentsholing, we needed to reach Paro, where the Tiger’s Nest Monastery is located. Phuentsholing is a little border district that has limited transport, limited seats and particular timings for buses to traverse to nearby places and outside border.

Meanwhile, my cousin met a local Bhutanese teacher who was traveling to Paro in his car, and offered us a ride to Paro for a lower rate than other buses. We took this deal and happily left with him. It was the right decision as he was a nice person, like every other person we found in Bhutan.

My trip to Bhutan had just one thing for me, Tiger’s Nest monastery.

Legends have it that Guru Padmasambhava rode on the back of a tigress and freed Taktsang from evil spirits to preserve the Buddhist integrity and teachings. It’s also said that the tigress was Yeshe Tsogyal, one of the disciples of Guru Padmasambhava.

In a cave there, Guru Padmasambhava meditated for a few years and emerged into eight manifestations (incarnated forms). Paro Taktsang Monastery was built around the holy caves in 1692 by Gyalse Tenzin Rabgye – Bhutan’s leader of the time. He founded the monastery by putting its first stone during a visit to the holy caves in 1692.
Today, it’s one of the most sacred pilgrimages of Buddhism importance in the north.

I reached Paro, in the evening around 6PM, and chose to walk around the town and shop a little. The town has beautiful souvenirs shops that have a lot of items ranging from prayer flags to singing bowls, expensive handicrafts. I bought a few things like prayer flags, wind chimes, key chains, small prayer bells, handcrafted pouches and a few other things.

If you are looking for small souvenirs for gift purpose, like prayer flags, wind chimes, keys chains, don’t buy them from the town, the prices are a little high. You can buy this small stuff from the starting point of Tiger’s Nest Monastery’s trek.

Next morning, we left for the trek; we reached the starting point at 6AM. We didn’t know we had to buy a ticket to go inside the monastery, and the ticket shop opens around 7:30AM-8AM. So, we headed for the trek and one of us waited to buy the tickets.

Our group was the first one to start the trek that day, and we all were thrilled, excited, adrenaline rush could be felt even on our faces. The temperature was -2 degree Celsius but the cold didn’t stop us.

We knew the trekking distance is 4miles (round trip), and it will take 6 hours in all if we keep going at a normal pace because we aren’t professional trekkers.

We started off pretty well, enjoying the beautiful and serene views, clicking pictures and witnessing the sunrise from the top of somewhere. Let me give you an idea of the kind of path available for trekking. So there are two types of paths, one, broad, sandy big stairs cut in the mountains, the second, narrow paths going along the edge of the mountain, a little steeper than the broader path. We were taking both the routes depending on our strength and the path.

You know you are half way when you reach a big flat ground with resting benches, a big prayer wheel, and a road to a canteen nearby.

We completed a quarter of our hike, and I and my sister were a quarter dead and were reconsidering going further. Our elder brother moved further without any question and we made a deal that we’ll go on till the time we can after that we wouldn’t.

The oxygen level is low there and as you go higher you can feel it so don’t force yourself. Go on till the time you are comfortably tired. (Especially for older people with medical situations)

We didn’t lose hope and went on and on. After a while, my younger sister was a little behind me and all of us were separated, but we all had to complete the trip. By the time I reached the hill-top from where the stairs to Monastery started, I met my brother who was already there. After a few minutes, our younger sister came and we were all smiles to reach there. Now the monastery for a flying fox route away!! But, since that wasn’t an option, we started to go down the stairs (approximately 700 stairs, as told by a local guide). While descending, there is a waterfall that was half frozen and half flowing. That was the first time I saw something like that.

Inside the monastery are beautiful paintings of the eight incarnations of Guru and his twenty-five chief disciples. It also contains the throne used by Gyalse Tenzin Rabgye. All the sacred objects were built by the famous Niwari artisans Pentsa Deva, Dharma Deva and Dharmashri.

It was time to go back and ascend the stairs we took to the monastery and that was very tiring. We reached the point from where we took the stairs and looked back at the monastery. By that time, the sun was shining in the sky and Monastery’s top was gold, it was so beautiful that I forgot about tired I was, how long I was still supposed to go. That sight was everything.

Being so close to a story of past makes you a part of it and that is the most beautiful feeling a traveler could have. Building such a marvelous monastery on that cliff, to my imagination is itself a mirage. It’s too good to be true. It’s real, real magic. I couldn’t stop wondering how possibly that could have been built to look like that.

With those thoughts, I started to walk back keeping everything alive in my heart forever and with a wish of coming back again to the land of Dragons to live that feeling again. 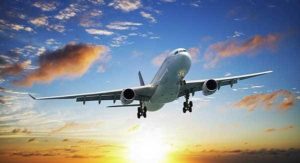 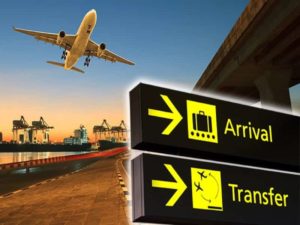 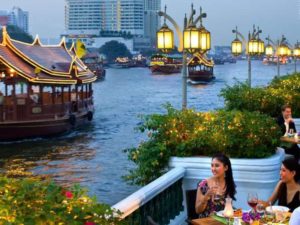